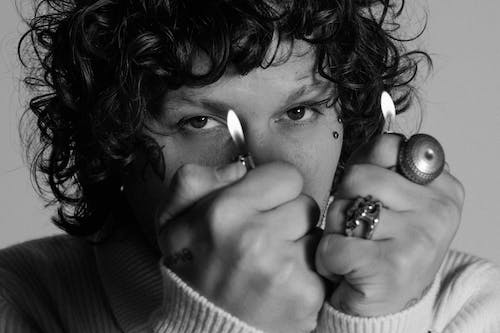 Hailing from rural Alabama, Clever materializes with skyscraping spectral melodies, woozy rhymes, untouchable charisma, and unexplainable mystique. If a Tim Burton character hopped off screen and made hip-hop, it might sound like this, shuddering with emotion, teeming with seduction, and jarring with attitude. After doing a bid, he initially cut his teeth as a songwriter for everyone from David Foster to Snoop Dogg before dropping his solo single “When Only You Will Do” [feat. Droc] in 2018. The song caught the attention of Juice WRLD and Grade A Productions who got behind him. Soon after, he appeared on “Ring Ring” with RVSSIAN from Juice WRLD’s chart-topping gold-certified debut, Death Race for Love, which bowed at #1 on the Billboard Top 200. In its wake, Clever unleashed the mixtape Who Is Clever? The standout “Stick By My Side” [feat. NLE Choppa] racked up 22 million Spotify streams and turned Post Malone into a fan, leading to an eventual deal with his label Posty Co. Kicking off 2020, he featured on Justin Bieber’s “Forever” alongside Post, marking his second appearance on a #1 album in six months. After posting up 100 million-plus streams and receiving acclaim from the likes of HotNewHipHop who christened him,“The music industry’s best-kept secret,” he spins his very own myth on his 2021 full-length debut album, Crazy [Grade A/Posty Co./Republic Records].