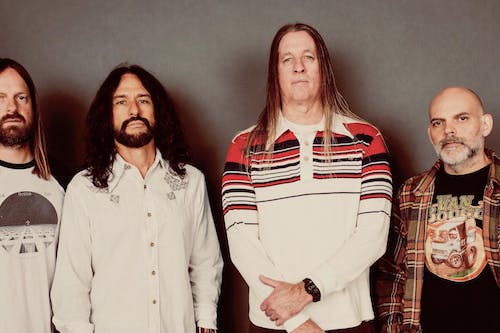 Fu Manchu’s performance at Great American Music Hall on August 10, 2021 has been postponed to November 11, 2022. Doors will open at 8 PM and the show will start at 9 PM. All original tickets will be honored at the show and no exchange is necessary. If you would like a refund, please contact your point of purchase.

2020 marks the 30th anniversary of the existence of Fu Manchu. Originally formed in 1985 as a Black Flag-influenced hardcore punk band called Virulence, Fu Manchu has since become one of hard rock’s most celebrated names. The band released its first single “Kept Between Trees” in 1990 and, in the years following, helped give rise to an iconic style of heavy music born out of the desert and tagged “stoner rock” alongside peers such as Kyuss, Monster Magnet and Sleep.

Since the band's inception, the quartet has built itself a fanatical army of loyal enthusiasts all drawn to the group’s guitar-driven sound and carefree lyrics centered on “old muscle cars, choppers, vans, skateboarding and science fiction.” Over their career, the band has released 12 albums and has performed to sold out audiences all over the world.

2019 sees Scott Hill, Brad Davis, Bob Balch and Scott Reeder embarking on new adventures in touring and plotting new musical releases and reissues. The band is performing at select festivals globally including HellFest France, Desertfest London and Berlin, Release Athens, Heavy Montreal and Aftershock. In May, Fu released a 20th anniversary edition of their most popular studio release, Godzilla's Eatin' Dust. In celebration of Start The Machine's 15th anniversary in September, they will release the album on vinyl for the first time ever. In November, for Record Store Day Black To Black Friday, they will be releasing a limited edition vinyl version of their live set from 2003's Roadburn Festival.

In celebration of the band's 30th anniversary (FU 30), the band will be doing a comprehensive reissue series of their entire catalog on vinyl throughout the year. These remastered versions will include previously unheard live tracks, b-sides and demos. To coincide with the album releases, Fu will be reissuing the merch designs that were sold on the associated tours from those albums. 2020 will also see the release of the band's 13th studio album. This follow up to 2018's Clone Of The Universe, which featured a guest appearance by Alex Lifeson of Rush, is sure to be a triumphant moment for The Kings of The Road.