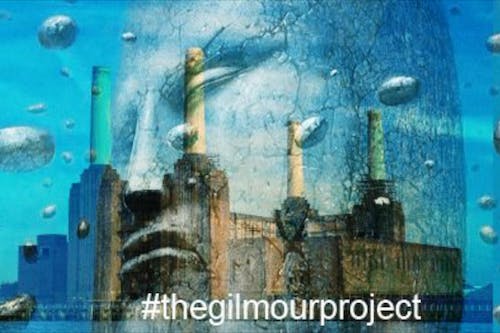 THE GILMOUR PROJECT is an All-Star Band exploring the music of DAVID GILMOUR's Pink Floyd.

The songs that compel exploration & improvisation are DAVID’s compositions principally. This does not dismiss iconic contributions of all 5 historic musicians that comprise the Pink Floyd complement.

ALL so called ‘Pink Floyd tributes‘ endeavor to recreate the albums or concerts & there is nothing wrong with simulacra. Some of them are great at that.

THE GILMOUR PROJECT, because it’s comprised of musicians whose background is both prog(ressive) AND improvisational - is the only band since BLUE FLOYD in 2000, endeavoring to take these songs ‘OUT,’ speaking in jazz protocol, without disregarding the cherished classic hooks, licks & musical phrases.

Be sure to drop in on June 24th at 7pm PT for the live stream from The Great American Music Hall and get excited for The Gilmour Project’s US tour coming to a city near you in January 2022. The first 500 live stream purchasers will receive the ‘ECHOES OF BIRTH’ Rehearsal Mixtape download! Culled from the actual June 21-23 rehearsals chronicling the ‘birth’ of THE GILMOUR PROJECT, this mind blowing content will never be sold or made available any other way. And all livestream purchasers will automatically receive first-tier access to VIP tickets for all January tour dates being announced June 20th, on sale June 24-25th. You do not want to miss this!